If you cannot work in Pennsylvania because of injuries or medical problems, there are two federal government programs that may help you.

The moment you become injured at work, everything changes. You suddenly can't work. The paychecks stop.

Slips, trips and falls are a part of everyday living. But when your slip-and-fall was someone else's fault, it is an entirely different matter, especially if you are injured.

NEWS YOU CAN USE

A Pennsylvania Supreme Court decision from the end of 2013 sets some important rules that apply to something an employer can do to try to reduce the benefits of an injured worker.

All you are trying to do is to get what you are entitled to. Maybe it is Social Security Disability (SSD) benefits, or maybe it's Supplemental Security Income (SSI). Perhaps you have been injured on the job and want to claim your workers' compensation benefits. Let us use our experience and knowledge to help. 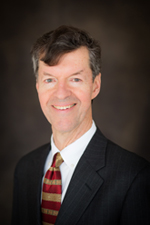 Since 1988, James R. Flandreau, Esquire has built a regional worker's compensation practice serving Southeastern Pennsylvania, including Delaware, Philadelphia, Bucks, Chester and Montgomery counties. He originally worked with both injured workers and employers, and thus learned how workers' compensation insurers try to reduce or cut off an injured worker's benefits. He now uses that knowledge to aggressively protect the rights of employees who are hurt at work. He and his staff carefully review the facts of each case and gather the documentation and evidence needed to win at trial. This maximizes the value of his client's cases since the insurance companies and their lawyers know that he is ready and willing to litigate each case to a final decision as opposed to settling on less than favorable terms. Over the years, he has taken hundreds of cases to a final decision.

His goal is to make certain that you obtain personal attention and quality representation so that you receive the benefits to which you are entitled. This allows you to focus on recovering from your injury and regaining your normal life.

Because of his years of experience, he is well known among the workers' compensation bar and by the Workers' Compensation Judges before whom he regularly tries cases while fighting for his clients. Since 2005, he has been recognized as a workers' compensation Super Lawyer, a title that is earned based on the recognition of his peers. 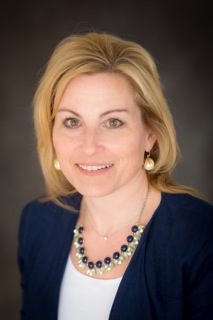 Ms. Murray is dedicated to helping her Social Security Disability and Supplemental Security Income clients. She is involved in all phases of their cases, including developing the evidence that supports their claims, and advocating for them at their hearings.

Ms. Murray is a member of the National Organization of Social Security Claimants' Representatives, and of the Delaware County Bar Association.

If you would like to discuss your SSD/SSI, workers' compensation or personal injury case, contact The Law Office of James R. Flandreau for your free initial consultation. Contact us either by going online or by calling 610-565-4750. Remember: We don't get paid unless you get paid.

There are strict time limits in workers' compensation and in Social Security cases, so do not delay.